The 7 most important Ocean Facts for 2015

The ocean is a place full of miracles. That is one of the reasons, why so many people are completely fascinated with it. The waves, the mysterious atmosphere and the unknown and undiscovered places in the depth of the sea. But do you notice something? We only think about the positive aspects of the ocean. In the last few years themes like global warming, and tons of waste that pollute our most important resource on earth became part of our everyday life.

In 2014 we got new information about the current situation. Many scientists and organisations made different researches and had good an bad news for us.

What do you want to hear first? Well, lets start with the good news:

In Alaska people noticed a rising number of salmons, that is amazing, because many companies dump a lot of their waste into the rivers so that there is a high level of water pollution. In addition the USA decided to create the largest marine protected Area that exist. Now the area has a size of approximately 490.000 square miles.

A really big surprise was, that Japan changed its policy. They decided to reduce the number of tunas which are allowed to be caught every year.

But unfortunatelly not everything is that good. There are also negative developments in the world:

Cruise Liners are still a problem. They do not only take part of the global air pollution, but also throw their untreated waste into the ocean. They dump their sewage and the water of sinks and showers in our Oceans. The result: Overfertilization of the water and toxic substances in the ocean.

Another fact is, that the ocean becomes more and more acid and the biggest problem is, that this happens faster than in the last 300 Million Years now.

Let´s take a look at a really popular topic: All of us know, that arctic ice is melting, but scientists found out, that it is melting faster than they expected in the past. So we have a new global danger. Due to this the sea level rises and we can already see the results in the present. Animals already changed their behavior because of the new natural conditions and it is also the reason why 2000 square miles of the coastline of Louisiana disappeared.

We also get some shocking news from the US. ! In America 33% of the seafood was actually not tested whether it is fraud or not. Scientists found out, that more or less 1/3 of all of their seafood is mislabeled or fraudulent.

Last but not least, let´s have a look at the Asian market. Experts found out, that the Asian fishing industry is connected by human slavery. Russian and Korean shipping companies employ Indonesian people on their ships, who get wages that are not in decent conditions. They get food that is frozen and they are not allowed to leave the ship. 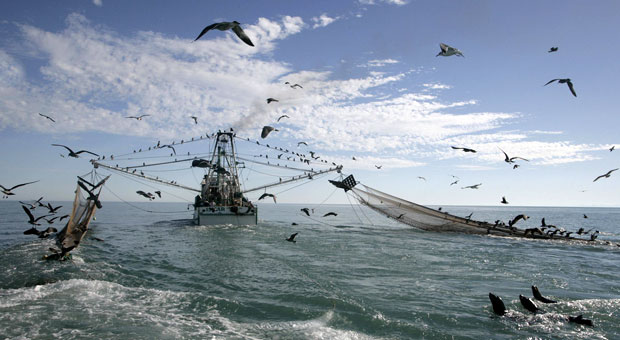 You can see, that 2014 was a year full of surprises. All of us have to think about the global development and have to look at the future – how we can change the horrible situation and how we can get more of these good news in 2015.

Read more about this issue here.

← Prev: Diving Mallorca: the sharks are back Next: Subways thrown in Ocean build Reef of the future →