Diving Mallorca: the sharks are back

Diving Mallorca? A must do. Because the Sharks are back! Since the designation of  the marine reserve „Levante de Mallorca“ in 2007 many species are returning to the Balearic island making diving in Mallorca more and more interesting.

There are currently more than 700 marine reserves or protected areas in the Mediterranean Sea. The Balearic Islands provide seven all together. This particular report is about the marine reserve Levante de Mallorca in Cala Ratjada. With its round about 11,000 ha (20.556 american football fields) it is the biggest protected area in this region. 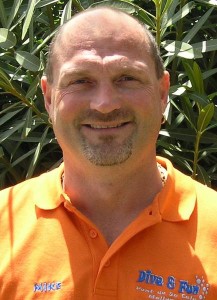 If you ask Mike Baudach, Owner of Dive & Fun Font de Sa Cala, one of the few Dive shops that are allowed to take customers to the protected areas, he will tell you that the marina reserve is a great success.

“It took about two years until we saw significant changes in the underwater world, but now it is more than evident.”

The marine reserve currently managed by the Regional Government of the Balearic Island in cooperation with the Spanish Government. But the original request to protect this area came from the artisanal fisheries sector. According to Robbert Cassier, a marine geologist who wrote a report about the current situation of marine reserves all over Europe, „its primary purpose is to protect, regenerate and develop resources of fishing interest to maintain sustainable fisheries.“ But it has also been a blessing for the the local dive industry too. An estimated number of 6,000 divers come to the reserve in Cala Ratjada every year.

What are the specifics of the Marina Parc?

Industrial fishing is forbidden just as much as spearfishing or harversting of other product from the reserve. It is a no-take zone. Recreational fishing and diving however is allowed in certain zones.
Since the designation in 2007 people like Mike Baudach have noticed big changes in the marine environment. Not only do they see more fish around their most demanded Dive-Site <The cheese> just outside the harbor of Cala Ratjada, they also encountered Dolphins, Sharks, Turtles and other animals, that they haven´t see in years.

Not only is there a lot more fish now, but a lot more variety!“ says Dive-Shop Owner Mike Baudach. „We now observe big groupers, large-scaled scorpionfish, greater amberjack, different types of lobster and squid. It´s pretty amazing and never gets boring for our customers. Therefore they don´t mind paying the entrance fee for the park, because they know it´s worth it. 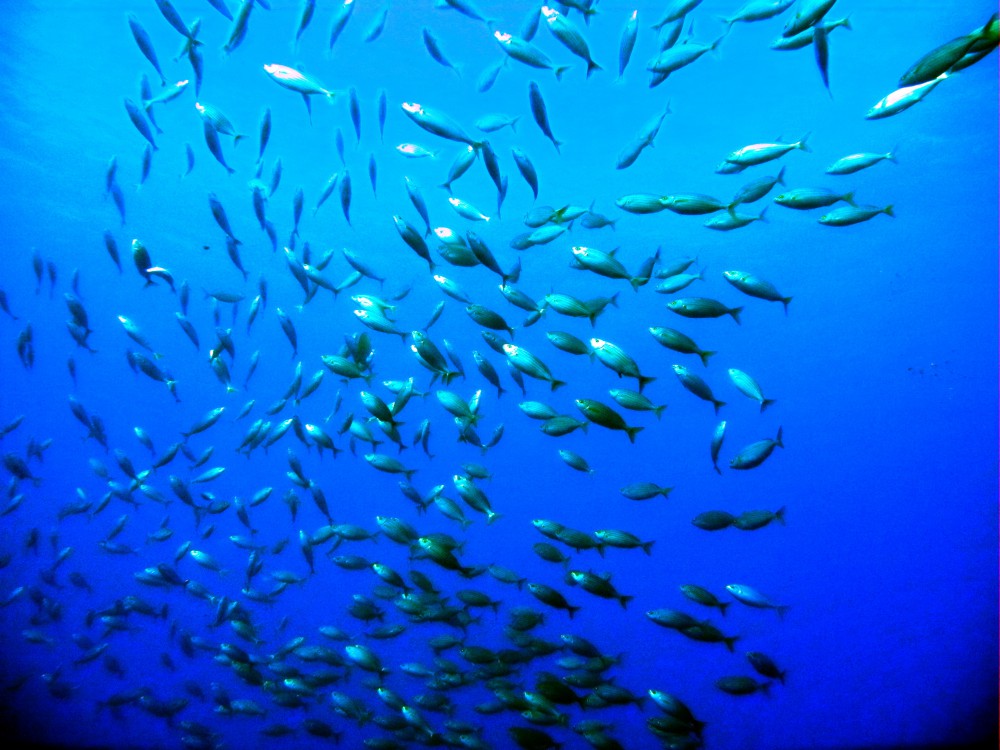 Shoal at the divesite “Cheese” in the marina reserve

One of the biggest threats to the marine reserve still is illegal fishing mainly practiced by local spear- and recreational fishers. Another threat remains the population-jump during the high season. It increases from a little over 10,000 to more than 150,000 people in the summer months, due to the large number of tourists.

The advertising of sandy beaches, which in reality do not exist in this area, leads hotel owners to want to artificially nourish some beaches by using dredged sand from the marine reserve. Dredging sand however largely affects the Posidonia oceanica meadows.

Since Cala Ratjada is a relatively new reserve, there is not a lot of long term data available to give more detailed information about development of the flora and fauna. Yet, the best sign that it´s indeed working is that all the local fisherman now defend the marine reserve.

They see and understand its benefits!

says Mike Baudach and explains that also the dive-shops work hand in hand with the marina reserva. They share all their information about the number of divers as well as the observed species at the different dive sites.

We are also looking forward to the installation of new moored buoys that allow us to avoid anchoring every time we take our customers to certain dive sites.

Robbert Cassier wrote in his report in 2012: „Fish stocks have increased since the designation of the marine reserve, as evidenced by studies of the IEO (Instituto Espagnol Oceanographico). This has been confirmed by divers but also by the artisanal fishermen that asked for the designation. There is also a unique case where some fishermen from a village in the reserve have agreed amongst themselves to put in place a maximum quota per day for the catch of Coryphaena hippurus (Mahi Mahi). This has resulted in a higher price for their fish, while they had to work less. For them, less fishing resulted in more income.“

And as Mike Baudach puts it:

If we humans leave nature alone a bit it recuperates and recovers quicker than we think. We noticed the first changes about two years after the implementation of the marine reserve. I have to say, having seen the changes of the past, I am looking forward to see what will happen in the future! It certainly has only been good for all of us.

← Prev: Ocean Gravity: When Free-Diving looks like floating on the moon Next: The 7 most important Ocean Facts for 2015 →