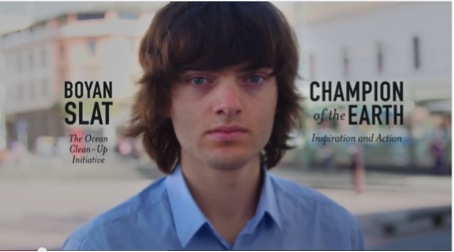 Who voluntarily cleaned up his room as a child? No one. Now a 20 years is going to clean up the whole Pacific Ocean. Boyan Slat has been working on his Ocean CleanUp Project for the last 4 years. This last week he got his first huge step forward: His world’s first ocean-cleaning system is set to deploy in 2016. 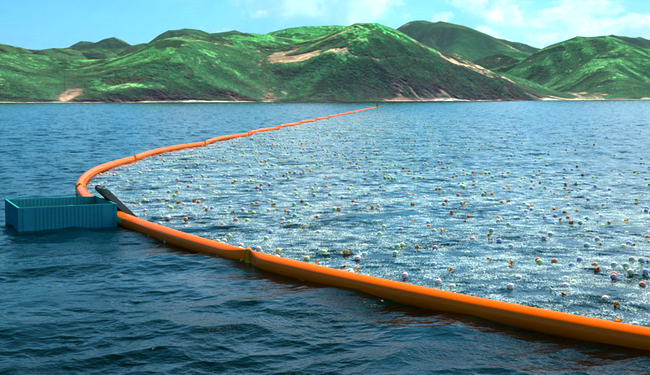 The world’s first ocean cleaning system will likely be deployed off Tsushima Island in Japan, where city officials are trying to come up with innovative ways to solve plastic pollution. Photo Credit: The Ocean Cleanup 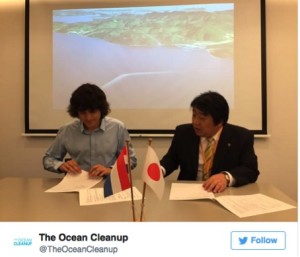 The system works by using the ocean’s natural currents to collect debris and trash floating in the sea. The Ocean Cleanup will launch off the coast of Tsushima island in Japan next year, spanning across a total of 2,000 metres it will become the largest floating structure in the world’s ocean.

The pilot program will be operational for at least two years in the proposed deployment location of Tsushima island in Japan, where approximately one cubic meter of plastic pollution per person is washed up each year.

142 billion tons of plastic waste are floating in the oceans. A large part of it appears at some point in our food chain.
Boyan Slat has made to his own thoughts and developed a kind of plastic vacuum cleaner sicne he was 17.

The project has been going through many stages as he esplaines in this interview:

Massive rotating currents in the world’s oceans – called gyres-  make collecting and monitoring garbage difficult, but Slat’s Ocean Cleanup Foundation is developing a way to use those currents to its advantage. Slat envisions long-distance arrays of floats that would skim garbage from the surface while allowing aquatic life and the currents themselves to pass by underneath.

Slat estimates that a 100km cleanup ray could remove 42% of the Great Pacific Garbage Patch over 10 years, representing a total of 70,320,000kg of plastic waste.
Now, they are installing a 2,000m trial system in Japan, which will become the longest floating structure in the world when completed.