Welcome to Plastic Age: A Scientist, an Activist & Pharrell Williams in a new documentary about re-using Ocean Plastic

Focusing on the environmental impact of an estimated 700 million tons of plastic waste and pollution in the world’s oceans, The Plastic Age, explores how positive actions are being taken to secure our oceans for future generations.
The documentary traces a path to healthy water through a combination of science, activism and fashion while calling for bold, creative solutions to today’s ocean issues.
“People talk about environmental issues like ‘this is what might happen in the future’”, says Nichols, a scientist dedicated to exposing the neuroscience of our brain on water. “We’re here…now”.
“I am really hopeful. I am not a pessimist when it comes to this. I think there is light at the end of this tunnel,” states the Grammy award-winning producer of Happy.

It has been in the news but it still ist miles away from everyones daily agenda: We make 288 million tonnes of plastic a year by buying plastic bottles, plastic containers, cutlery, straws, FlipFlops and so on.

Unlike paper, metal, glass or wood, plastic does not oxidise or biodegrade, instead it ends up in our oceans. More than 700,000 tonnes of plastic are swimming in our oceans today. They pile up on plastic Islands called gyres 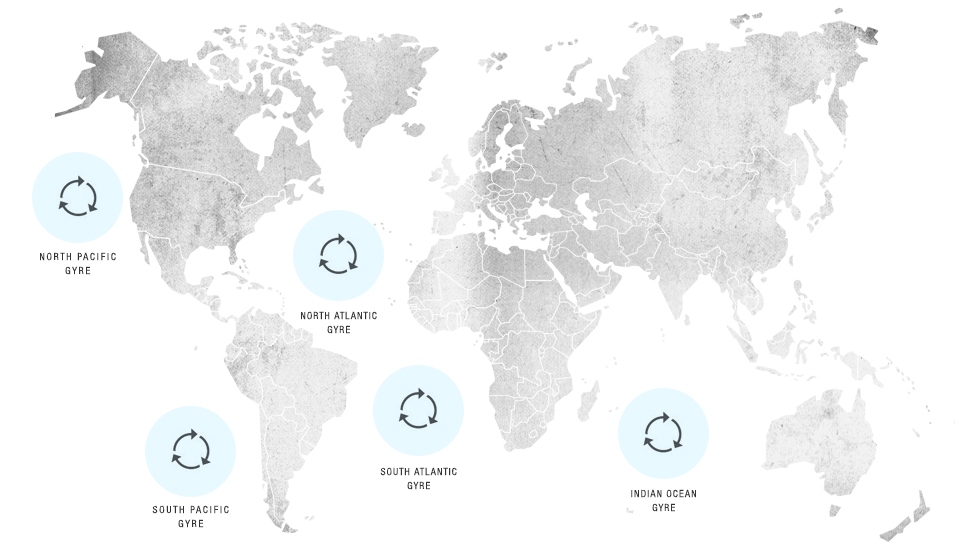 The majority of the plastic in our oceans has broken down into small pieces a quarter of an inch or smaller. The plastic trash is scattered over massive areas and is not easily visible or collected. The center of a „vortex“ where the plastic concentration is highest is constantly moving . It is difficult to collect the plastic without harming fish and other sea life.
Only a minority off the plastic is on the surface, the majority sinks to the ocean floor.
The big challenge is to retrieve the floating plastic out of the open sea. And there is still many people trying to solve this problem.

But a huge pot of the plastic deep bruise is washing up on beaches where it can be collected relatively easily and without complex technology by locally organized clean up organizations.
This is where the Vortex Project comes in: The Vortex Project is a iniative by nonprofit organization Parley for the Oceans, founded in collaboration with the material innovator Bionic Yarn, and Sea Shepherd Conservation Society. The project is based on the belief that human economy must be harmonized with the eco system of nature in order to make a serious impact. It’s mission is to clean up shorelines and oceans, boost new technologies and turn ocean plastic into smart consumer products to create funding and awareness.

But still:  We can invent ways to fish out all the plastic we use out of our Oceans. But still it will be in endless tiny particles swimming around.
After sunlight photo-degrades the plastic into small pieces, aquatic life and sea birds mistake these fragments for food and ingest it.

Between 57,000 and 135,000 whales are entangled by plastic marine debris every year – new studies show that ingested plastic damages the internal organs of fish. This raises the question about the safety of our seafood.

If we fail to clean up the plastic and stop the continued pollution of the oceans, we are facing the potential extinction of many sea life species and the interruption of the entire eco-system. We also risk the health of anyone who eats seafood.

The only way is to NOT USE PLASTIC in daily life.

Happy to see your comments!

Check out the great book Blue Mind in our OceanLove Store: